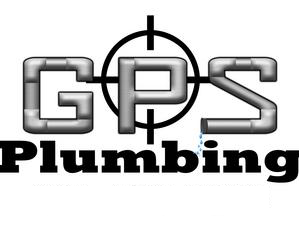 Wet walls, soaked carpets, and the impending doom of exorbitant repair bills — a burst pipe does severe damage to more than just your pipelines.

And as you wait for the plumber or repairman to arrive, you may be wondering, “What causes pipes to burst?” While burst pipes are more common when the temperature drops, these plumbing accidents can also occur during balmy summer nights.

Similarly, it is not always old and rusted pipes that break and flood your house. Sometimes, management issues are to be blamed, while other times, mother nature may be the culprit. Burst pipes are a common occurrence that affects many Australian homes throughout the year.

And while this widespread plumbing issue may seem inevitable once winter arrives, a little preparation can help keep your pipes in good shape. On that note, let’s discuss some common causes of burst pipes and how to avoid them.

Freezing temperatures during cold weather are the primary cause of burst pipes. That said, water freezes and expands in the pipe once the temperature drops to sub-zero levels.

It is worth noting that freezing water can exert pressure between 25,000 to 120,000 psi. And, quite imaginably, the pipes crack and burst under the increased pressure.

How To Avoid Frozen Pipes

Directing heat towards your pipes and ensuring they stay warm is the best way to avoid frozen pipes. To do this, you can leave cabinet doors open and seal any leaks around vents and windows. Also, ensure that your thermostat is set to at least ten degrees Celsius at all times, even when nobody is home.

You can also open a faucet to let the water trickle and allow movement in the pipes. However, this may lead to increased water bills and wastage. A more inexpensive option would be to call in an expert to install heat tapes around the pipes to keep them insulated.

Even in warm temperatures, high water pressure in the pipes can cause them to burst. High water pressure from the maintenance company, issues with the pressure valves, improper installation of pipes — a few reasons are leading to burst pipes.

And while your best bet is to hire a plumber to assess the situation, there are a few preventative measures you can take.

How To Prevent High Water Pressure In Pipes

Common mistakes, such as flushing excessive rolls of toilet paper or throwing grease down the sink, can have serious repercussions, including burst pipes. Indeed, these objects often cause clogs that increase the pressure in the pipes, causing damage to the plumbing system and other parts of the house.

How To Prevent Clogging

Most of us are guilty of incorrectly disposing of sanitary items and pushing food particles or hair down the drain. It would be best to raise awareness among your household members about what they can and cannot throw down the toilet or sink.

Also, ensure that you place drain protectors over plugholes in your shower, sink, and bath to catch potential contaminants, such as hair and plastic wrappers.

Tree roots looking for nutrients and moisture may enter your pipes through cracks and crevices in the ground. Furthermore, more extensive roots can break up segments of your pipeline or create a blockage. And, as you already know, blocked pipes lead to the buildup of pressure, which can result in burst pipes.

How To Prevent The Growth Of Tree Roots In Pipes

Most homeowners are unaware of the location of their pipelines and cannot assess threats from surrounding trees. That said, you must first locate underground piping systems and inspect them for invasive tree roots. You can then bury physical barriers made of wood or metal to prevent the roots from penetrating the pipes.

Alternatively, you can hire a professional to line the pipes with durable plastic that blocks roots from breaking through the material.

Despite your best efforts, pipes eventually deteriorate after a few years — with some materials ageing faster than others. Neglecting maintenance for extended periods may reduce the lifespan of your pipelines.

How To Keep Pipes New

The key to preventing aged pipes from bursting is to replace them on time. That said, you need to keep yourself informed about the lifespan of the material used in the pipeline — while plastic pipes may get brittle over time, metal pipes are prone to rust. Here, too, it is best to leave it to an expert to conduct an inspection and inform you about the condition of the pipes.

As mentioned earlier, not all plumbing materials offer the same durability or convenience. Pipes made of galvanised iron, which were the norm a few decades ago, are unsuitable for plumbing as they are susceptible to rusting.

Apart from rust and debris, plaque buildup may also narrow the pipes and block the passage of water. And as you are aware, blockages and the resultant increase in water pressure is a recipe for disaster.

How To Prevent Corrosion Of Pipes

Unfortunately, water is a corrosive substance, especially if it has a low pH. On that note, ensure that the water running through your pipeline has a pH that hovers between 6.5 and 8.5. You should also monitor the oxygen levels in the pipes and use sealants, U-bolts, and straps to block any openings.

Natural events, such as tremors and floods, may affect the soil and buried pipes. Similarly, human activities, such as traffic and construction sites, on the ground above can lead to soil erosion, further damaging the pipeline.

How To Prevent Damage From External Pressure

There is not much you can do to control natural ground movements. However, calling a plumber to inspect for damage after heavy rainfall or an earthquake can help prevent further losses.

Need more information or need to request specifications or drawings on one of our gates? 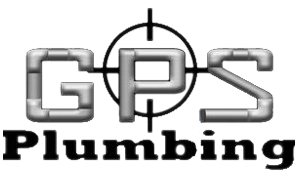 Based in Brevard County, Gomiela Plumbing Services has earned the respect of its customers and its competitors alike. We have been installing quality plumbing systems in homes and commercial facilities throughout Palm bay Fl. We are fully licensed and insured, but more importantly, we are experienced and qualified in all phases of plumbing.
Facebook Twitter Youtube 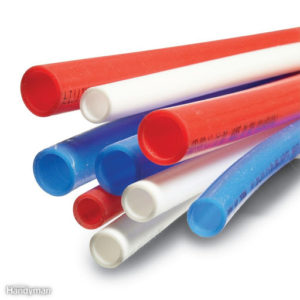 Repiping – What Causes Pipes To Burst?

Wet walls, soaked carpets, and the impending doom of exorbitant repair bills — a burst pipe does severe damage to more than just your pipelines.